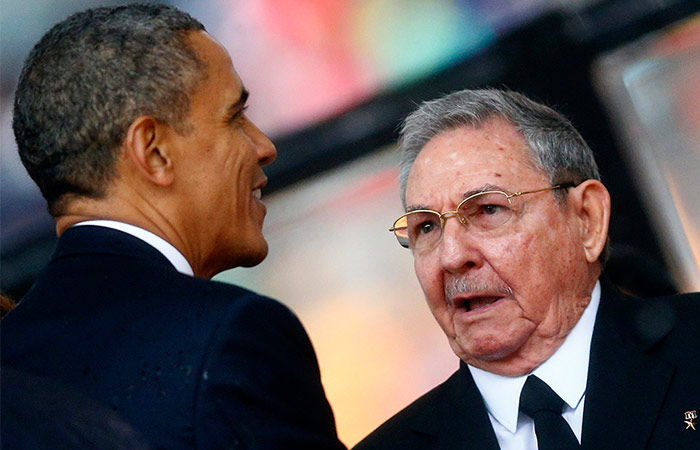 Cuba and the U.S.: Turning the Page 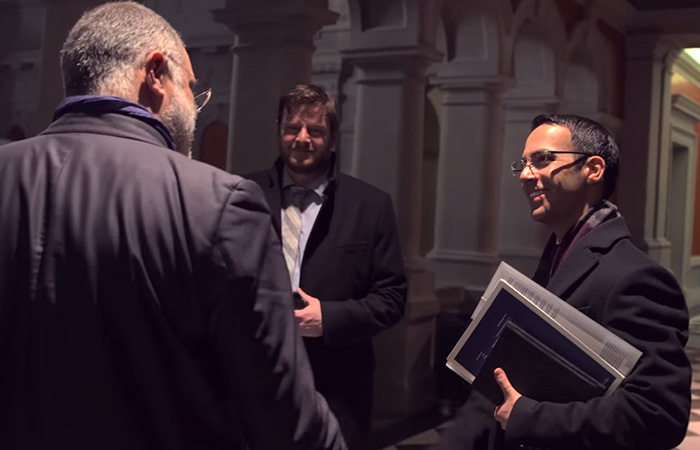 Iran Nuclear Talks: The Beginning of the Endgame? 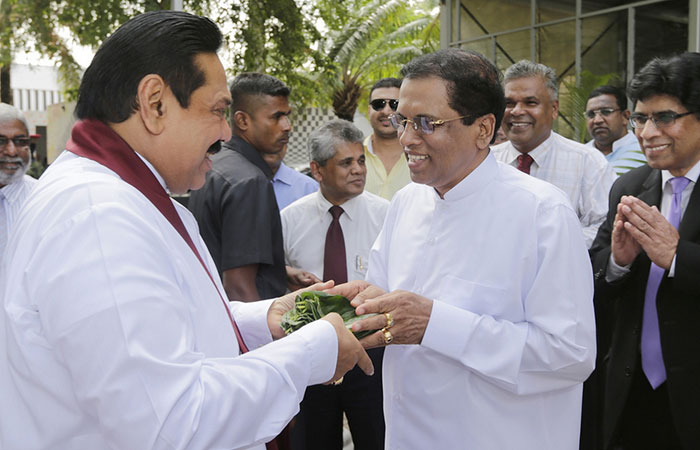 Sri Lankan election – ‘The tighter the race, the more violent it threatens to be’

Mexico remains embroiled in a political crisis over the disappearance of 43 students, apparently at the hands of police and local thugs and assisted by city officials, in the southwestern state of Guerrero. Protests, sometimes destructive, continue, while on this issue the government seems paralyzed: President Peña Nieto’s security and justice reform package is stuck in Congress and his approval ratings have sunk to record lows. The popular outrage reflects not only Mexicans’ exhaustion with criminal violence but also their deep distrust of a political class widely associated with corruption. So far the government seems unable to turn the tide of public opinion and undertake the institutional reforms needed to combat violence in a country where powerful criminal groups still dominate many areas.

Foreign policy has never had a substantial impact on election campaigns in Brazil. Ever since the return of democracy in 1985, the country’s international relations have been less a matter of public debate than the preserve of a competent diplomatic corps. It is no surprise, then, that recent presidential and congressional elections revolved around domestic, not international issues. Nonetheless, the intense debate during the campaign regarding Brazil’s place in the world will have foreign policy consequences for the immediate neighbourhood: Latin America.

Turkey and the PKK: A peace process without end goals?

There is much talk about the peace process, but there are no concrete steps to reaching a peace deal with regards to Turkey’s long-standing Kurdish issue, which is underlined in the International Crisis Group’s (ICG) recent report “Turkey and the PKK: Saving the Peace Process”.

The government and Abdullah Öcalan, the leader of the outlawed Kurdistan Workers’ Party (PKK), who is imprisoned on İmralı Island, have been conducting a series of meetings since 2011 in order to end the four-decade-long conflict between the PKK and the Turkish Armed Forces (TSK) which has claimed 40,000 lives.

The ongoing talks had stalled in early October when scores of Kurds took to the streets to protest the government’s inaction over the Kurdish-populated Syrian town of Kobani, where radical Islamists and Kurdish groups fought for control of the town. More than 40 people were killed during the protests in Turkey.

On 8 November 2014, the Democratic People’s Republic of Korea released U.S. citizens Kenneth Bae and Matthew Miller into the custody of James Clapper, the director of national intelligence (DNI), for a return flight to the United States. But what was the price for sending Clapper? Certainly Pyongyang must have believed it got something out of the deal.

Violence in East Jerusalem neighbourhoods, and particularly in and around the Holy Esplanade – the focus of a full policy report by Crisis Group later this month – has surged amid a massive crackdown by Israeli police. In recent weeks an assassination attempt against activist Rabbi Yehuda Glick, and the subsequent killing in a police raid of Mutaz Hijazi, the alleged would-be assassin, further escalated tensions. In this Q and A, Ofer Zalzberg, Crisis Group’s senior Israel/Palestine analyst, discusses the growing controversies concerning the Holy Esplanade.

CAR: The Fate of Refugees in Southern Chad

Since the March 2013 coup, the Central African Republic (CAR) crisis has driven approximately 240,000 people from their homes to Cameroon and Chad. This is, of course, not the first time the region has witnessed a refugee crisis. In the last two decades, many Central Africans have sought refuge in Southern Chad from violence perpetrated either by CAR’s infamous presidential guard or by armed groups and bandits. However, the violence in this current conflict, with its deeply worrying intercommunal tensions, could spill into southern Chad itself. Already, the influx of CAR refugees, mostly Muslims, some coming with their cattle to a region mostly populated by farmers, increases competition over natural resources and makes cohabitation between locals and newcomers ever more difficult.

CAR: The time for hard questions

The violent events at the beginning of October in Central African Republic – the public murders and clashes in the capital, Bangui; the less publicised killings across the nearly ungoverned countryside (an area greater than that of France); the raids along the CAR-Cameroon border – are symptoms of the breakdown of the international community’s security arrangements and of CAR’s interim government itself.

Nearly two years ahead of schedule, Sri Lanka will go to the polls in January, with Mahinda Rajapaksa set to run for a third term; a move likely triggered by the President’s fading popularity, says Crisis Group’s Senior Sri Lanka Analyst Alan Keenan.

Why ISIS Is Gaining Ground – and So Hard to Beat

As of Thursday, the Islamic State (ISIS) had seized 40% of the strategic Syrian border town of Kobani, raising questions about the success of U.S.-led airstrikes meant to stem the group’s advance. The U.N. warned that ISIS could massacre the remaining 500 people trapped in Kobani, while analysts said an ISIS victory there would destabilize both the border region and the Middle East at large.

ISIS now controls roughly one-third of Syrian territory. Its continued spread has sparked a debate over new measures to counter the group, among them the possible creation of a buffer zone in northern Syria – which could require a no-fly zone to protect it.

The Implications of Turkey’s Turn Toward Fighting ISIS

In this interview with Syria Deeply, Didem Aykel Collinsworth, Turkey Senior Analyst, explains why Turkey has stepped up its cooperation with the international community in the fight against the Islamic State (IS). Didem stresses that this move is a defensive measure and that direct involvement in the war in Syria would be extremely unpopular in Turkey. Turkey is very much aware of the risk IS poses, but it sees the Kurdistan Workers’ Party (PKK) as the largest domestic security threat. The key here is to move as fast as possible with the peace process and confidence building measures between Turkey and the PKK , so that there are the grounds to cooperate in Kobani.